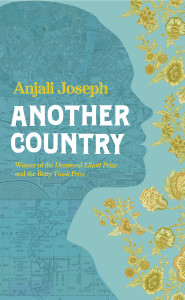 If Anjali Joseph’s  second novel is  best devoured in  one sitting, it’s  not because it  wouldn’t hold up  to slow, literary  scrutiny. Rather,  it’s because  Another Country  is the refreshing opposite of that  “urgent book” that demands  moral engagement. It builds  character-driven emotional  momentum through protagonist  Leela’s peregrinations through  Paris, London and Bombay.

Another Country offers a classic  literary thrill – of making sense of  the world, which is subtly different  from knowing it better. Leela – a  little privileged, a little repressed  and confused about where she  belongs – navigates her twenties  at the turn of the century with a  familiar postcolonial savvy. She  covers up her alienation and  aimlessness with work (teaching  English in Paris, temping in  London, faffing at an NGO in  Bombay) and relationships that  accurately, depressingly capture  modern sexuality. Throughout,  Joseph keeps Leela (whose  journey echoes her own) from  becoming a cliché or a self-portrait  by imbuing her with a potent,  childish frustration with the world.  This frustration bubbles up in  one climactic scene, when Leela  dreams of Christmas with her  college best friend: Leela “was  bewildered at the wealth of  happenings that were attached  to the surface of her experience.”  Processing bewilderment by  telling its story is perhaps a task  most successfully accomplished  by literature.

Saraswati Park, Joseph’s debut,  had characters mired in their lives  in Mumbai. The unfixed Leela  seeks to make her own life. Joseph  sketches both conundrums well;  she’s a gifted writer, with a nice  habit of letting conversations  dangle. We expect Joseph  could take on an even more  ambitious project, if the wealth  of happenings that constitute life  permit.