William Dalrymple on researching Return of a King, his history of the First Afghan War ♦ 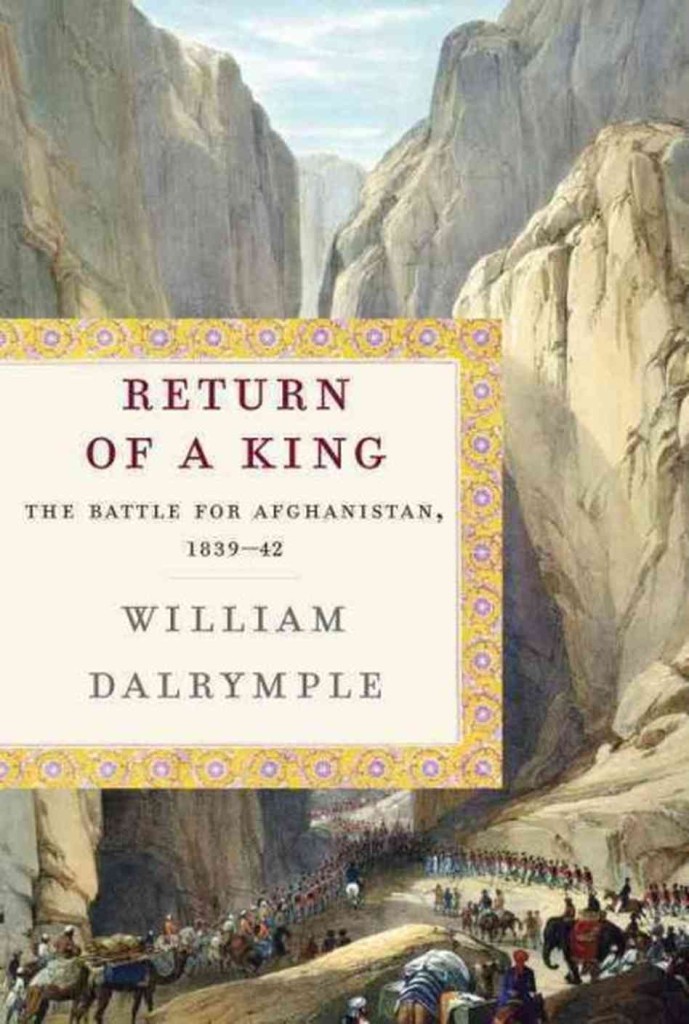 In Return of a King: The Battle for Afghanistan, William Dalrymple’s third book set during the decline of Mughal rule, the Scottish historian and adoptive Dilliwala chronicles the first British military foray into the land of Khurasan, between 1839 and 1842. To tell the story of this failed expedition and the British-backed reinstatement of Shah Shuja, the last Sadozai Durrani ruler, Dalrymple not only drew from several neglected Afghan sources but also retraced the routes of various campaigns and retreats – thus bringing to life the arduous terrain and colourful cast of the conflict in an engaging, anecdotal style (the book also includes a wealth of archival images, miniature paintings and useful maps). Besides sharing some of his travel photos with Time Out, Dalrymple discussed his trip – and the far-ranging implications of the First Afghan War – in an email interview.

Given your interest in languages, what was it like to travel in an area with so many different ones, from different backgrounds, intermixing? Can you recall any anecdotes in Afghanistan where a knowledge of any particular language played a crucial part in the outcome of your trip (or even just provided amusement along the way)?
Given that so many Afghans were refugees in Pakistan, and many more love Bollywood, Hindi is surprisingly widely understood across the country. But Dari, the Afghan dialect of Farsi, is the key language, and most of the new sources I’ve used in this project – two epic poems, the autobiography of Shah Shuja, three court histories and the letters of various resistance leaders – are in Dari or Farsi. The Durrani court at this period was Persian both in court culture and language.

While physically tracing back over the routes you were researching must have been incredible, your list of sources – some of them never used before – indicates that a good many of your adventures must have taken place within the dusty reading rooms of the archives of Delhi, Lahore, Kabul and London. Can you describe a particular wonderful moment of discovery within the stacks?
The first big discovery I made, and the one which convinced me there was a book here, was the archive of the first Great Game spymaster, Sir Claude Wade, which I unearthed in the Punjab Archives which lie in Anarkali’s tomb in Lahore, the most romantically situated archive in the world. Wade was the first to train up Indian agents to send him intelligence from beyond the Hindu Kush and he built up a whole network of “intelligencers” across the region. I found new Afghan sources in Herat, Kandahar and even in the Persian collection of the National Archives in Delhi, but the biggest haul was from Kabul. Here, a young Afghan Fulbright Scholar took me to a bookshop in Jowy Sheer where the bookseller, Hayatullah Habibi, had bought up many of the princely libraries in the the 1970s and ‘80s. In a few hours, I had in my hands nine major printed Persian accounts of the First Afghan War, all well-known to Dari-speaking Afghan scholars but entirely unused by historians working in English.

In the book, you talk about how people you met and Afghan sources you read tended to mythologise the First Afghan War and use this story to paint the current American occupation of the country. As a foreigner travelling in these parts, how do you think your efforts to retell this history were perceived?
The First Afghan War is largely forgotten in Britain, but is remembered by every Afghan. It is their freedom struggle, their Waterloo, their Trafalgar, their Battle of Britain, all rolled into one. It is the defining conflict that the Afghan remember as the source of their independence – that they alone in this region never succumbed to colonial rule. The diplomatic district, Wazir Akbar Khan, the Chanakyapuri of Kabul, is named after the Afghan prince who murdered the British envoy while he was negotiating the surrender terms.

Conversely, you argue that Western powers still haven’t taken to heart the story and lessons of their first military foray into the region. Do you think this is in part due to the kinds of histories that have been written about the struggle for a English-speaking audience? In the context of Western historiography, what’s your hope for the political power of Return of a King?
The First Afghan War is a conflict with remarkable parallels to the current mess. Around the time I was finishing The Last Mughal, I became aware that events in Afghanistan were beginning to closely resemble what had happened there in the 1830s and 1840s and that to some extent, history was repeating itself. The closer I looked, the more the West’s first disastrous entanglement in Afghanistan seemed to contain distinct echoes of the neo-colonial adventures of our own day. For the First Afghan War was waged on the basis of doctored intelligence about a virtually nonexistent threat: information about a single Russian envoy to Kabul was exaggerated and manipulated by a group of ambitious and ideologically driven hawks to create a scare – in this case, about a phantom Russian invasion. As John MacNeill, the Russophobe British ambassador, wrote from Tehran in 1838: “We should declare that he who is not with us is against us… We must secure Afghanistan.” Thus was brought about an unnecessary, expensive and entirely avoidable war.

The failures then contain many instructive lessons for us today. Indeed, the whole conflict today proves Burke’s famous dictum: those who do not know history are destined forever to repeat it.

It’s been almost 20 years since the publication of City of Djinns and your exploration of the strong Sufi tradition of South Asia in Delhi. What was your impression of the legacy and potential power of this mystical strain in Afghanistan today?
The Taliban tried to crush the Sufis, and in many shrine-tombs in Afghanistan you find barriers they erected to stop people circling the saints’ mazars. But such deep-rooted habits, and such profound philosophies, are difficult to crush, and I saw thriving Sufi dargahs all over Afghanistan, and an especially powerful wajd ceremony at the great Timurid shrine of Gazar Gah outside Herat.

What was the most hair-raising moment during your travels?
As my car entered the airport perimeter in Kandahar we received a sniper shot in the rear window. Luckily the car was armoured and the bullet didn’t penetrate the second layer of glass. I also witnessed an IED go off just below Kandahar at the shrine of Baba Wali – just beside the compound where Bin Laden plotted 9/11.

And the most exhilarating or wonderful point of your trip?
Visiting the shrines and ruins of Herat. The city is the Agra of Afghanistan, containing the ruins of the great buildings constructed by Shah Rukh, the son of Timur, and Gohar Shad, one of the great women of Islamic history. Anywhere else in the world these spectacular buildings would be swamped with tourists. But today you have them to yourself.

In many ways, the history of the First Afghan War is a knot with many threads tied to other very interesting stories – the tale of the Koh-i-Noor, the rise of the Sikh Empire, and the 1857 Uprising. Has researching this book inspired you to embark on any new projects, or are you thinking of working on something completely different next?
This is the third of my trilogy set between the fall of the Mughals and the rise of the British and it is bookended by White Mughals and The Last Mughal. Next, I’d like to do a book which uses my training as an art historian – a sort of updated, art historical version of AL Basham’s classic, The Wonder that was India. I’d love to do something really ambitious and sweeping – a wide-ranging cultural history. I know the landscape I want to explore but haven’t yet found my map through it. So lots of reading and museumvisiting lie ahead of me – and I’m much looking forward to it.