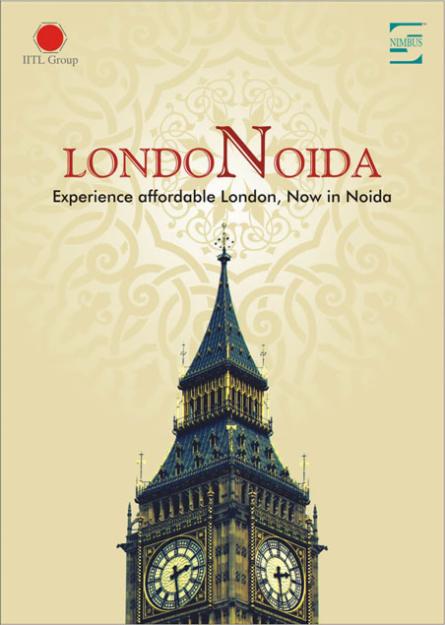 A man’s home may be his castle. But is it absolutely necessary to call it King’s Court? Absurd, westernised residential development names have plagued the NCR for a few years now. All over the city, hoardings advertise Paramount Emotions, Golfforesté, Grand Savannah Ghaziabad or Monde de Provence Gurgaon – complexes seemingly populated by white pharmaceutical commercial models. The signs list unbelievable deals for 1/2/3 BHKs, but the real question is, what’s the deal with these ridiculous names?

One exceptionally silly offender advertised aggressively around Khan Market. “Every home is a God’s gifts and so is FEDORA”, says Prateek Buildtech’s website. Is Prateek Fedora targeting our budding hipster community? More likely, it’s the result of an overzealous brand creation team, a dictionary, a set of darts and a bottle of Johnnie Walker.

Indians, like Brits, are fond of christening their pads; and address plaques around the country constitute a rich lexicon of time-tested, numerologically sound names. Along with thousands of Indian baby name websites, there are many devoted to Indian (or “Hindu”) house names. In cities, these often hark to an absent natural world: Kanan, Kusum, Gharonda, Phool Kutir. Names like Prem Kutir, Vrindavan, Gokul and Aman Manzil emphasise the simplicity and solidity of familial ties, or religious ones. Naming a pile of bricks gives it permanence and history – all the more important when said pile posesses neither.

Delhi has its own diverse do­­mestic toponymic strains. In the old city, haveli names belong to the public and take on significance outside of their crumbling walls. Addresses like Chunnamal Haveli, Haksar Haveli, Sharif Manzil, Namak Haram, Haidar Quli, Bagichi, Naharwali Haveli, Mehmooda-un-Nisa and Zeenat Mahal recall famous locals, anecdotes and vanished landmarks. Though dilapidated and subdivi­ded, these residences live on in the popular use of their names.

With the rise of cooperative group housing societies, names took on the aspirations and identities of larger groups, focusing on what united people or set them apart from others. So we have Janta Apartments, United India Apartments, Secular Apartments, Bharatiya Apartments. When Mayur Vihar (which still resounds with the honking of peacocks) came up, its buildings included Samachar, with its news stands across the road, Vigyapan Lok, Nirman, OSC Apartments and Glaxo. There’s Scientist Apartments at Ashram, and the evocative Delhi Blue building on the Ring Road. The original professionals may have moved on, but those who’ve taken their place inherit slightly less silent walls. 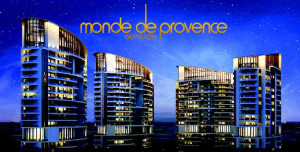 In the new flats of Delhi’s hinterlands, residents have no say or stake in the naming. Engineered to distance themselves from anything smacking of a government scheme, these names fall into a few broad categories. There are nature-inspired idylls like Spring Meadows, Laurel, Mahagun Mywoods and Mapple. There are exotic oases, a constant source of befuddlement for taxi and autowalas: Espania, Hacienda, Florence Elite, Ibiza Town Suraj­kund. Some are plain outlandish: Crossings Republik, The Primus, Techno Apartments, Czar Villas, Supernova and Logix NeoWorld. There’s almost a formula: Column A (pretentious misspelled or foreign-origin word) plus Column B (Estate, Towers, Court, Residency, Villas) equals marketable name. What happened to kutir, niwas, manzil and kunj? A few draw from Indian “heritage”, but are compelled to affectation with Vedaanta, Revanta and the like.

Worst are those names of imperial provenance, of the Jaypee Kensington Greens in Wish Town, Noida variety. Windsor Park and Windsor Greens, Oxford Square, Wembley, Mayfair and Southend, and of course the King’s, Queen’s and Commander’s Courts; did we throw off the yoke only to voluntarily put it on again? One could argue that in our globalised world, people are free to pastiche together any address they like. But at least Raj street names referred to personages and institutions connec­ted to British rule in India – and our own replacements for them drew admirably from a multinational, multicultural roster: Copernicus, Feroze Shah, Tolstoy, Ashoka. 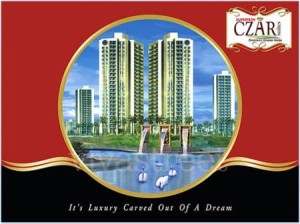 New complexes, like Cape Town or Orange County (no doubt full of real housewives) sell themselves as atomised ivory towers on im­­pos­sibly green fields, completely outside their actual context. Krrish’s The Eiffel beckons from a sea of imaginary high-rises, twinkling with lights that apparently never go out due to load-shedding.

The Nimbus Group has one rare, if unintentional, instance of moni­ker capturing the true nature of construction in LondoNoida (since modified to The Hyde Park). Say it slowly enough and the metropolitan mashup of a name describes its building to a perfect T.