Notes from the Jaipur Literature Festival ♦ 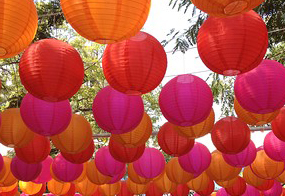 “This is literature as spectacle” — the phrase was a common refrain at the recently concluded DSC Jaipur Literature Festival. I heard it uttered, worriedly, by publishers, sceptical that all the song and dance would translate into sales. I heard it from journalists, expounding between complaints of the festival’s two dry days (books without booze — the horror). The sentiment was even echoed in the festival’s blurb on its promotional materials, cadged from Tina Brown: “The greatest literary show on earth!”Cynics and worried intellectuals might argue that the JLF’s spectacular aspects — the overblown Ashis Nandy controversy (this year’s Rushdie incident), the inclusion of celebrities like Rahul Dravid or the Dalai Lama (this year’s Oprahs), the parties and the concerts could overshadow the books themselves. Though quieter and better organised, the sixth JLF also drew an increased footfall of nearly two lakh people over five days — and yes, many of them seemed to be there to show off outfits, distribute business cards, pose for photos, or stalk The Wall.Groups of schoolchildren were seen, notebooks in hand, collecting autographs like butterflies. British author Howard Jacobson joked that, at home, his audience is usually no younger than 90. Here, he’d found a fan club of 14-year-old girls. In some of the festival’s wittiest sessions, the comic novelist had the audience chuckling, schoolgirls and retirees alike.

Jacobson may have made questionable jokes, but his sessions were enjoyable because he didn’t, like some, court controversy for controversy’s sake. For example, moderator and British Conservative MP Kwasi Kwarteng came off as needlessly belligerent towards Anjan Sundaram, tipped as this year’s hot non-fiction author, in a panel on Africa. More interesting than the panels focused on vague questions of nations or literature were discussions between a few experts on a particular subject — Indian miniatures, for example — or talks featuring one deeply knowledgeable speaker. And of these sideshow gems, there were many.

What’s more, both the spectacles and these sideshows sold books. While publishers regularly, shamelessly, use attractive author portraits to seduce readers, at the JLF, the less problematic fact that eloquent authors sell books was evident. After a hilarious Latin America session, marked by the bonhomie and banter between Ariel Dorfman and Peruvian author Santiago Roncagliolo, Dorfman’s books vanished from the bookstore shelves. Similarly, after an electrifying talk by explorer Wade Davis, the store ran out of Into the Silence, his nearly 700-page book on World War I and the conquest of Everest.

These authors are by no means light reading, although the JLF certainly had its typical, dizzying, mix of low- and high-brow subjects and speakers. But if the florid flourishes of celebrity or controversy drew people in, there was enough solid literary programming to thicken the plot. Often the audience asked for reading recommendations: young Latin American novelists, Russians beyond Tolstoy and Dostoyevsky. Whatever else some of its speakers may court, the JLF certainly sparks literary interest.

The mishmash of topics and speakers could actually make for charming serendipity. One morning, I heard a reading of “We and They”, Rudyard Kipling’s poem about the arbitrary nature of allegiances and prejudices. That afternoon, Pakistani poet Fahmida Riaz recited her classic “Naya Bharat”, which judges the rise of Hindutva through the voice of Muslim fundamentalism in its lines: “Tum bilkul hum jaise nikle.”

Notably, in the second recitation, the audience itself begged Riaz for the poem. This level of audience participation was typical of the few Hindustani talks I attended — more humour, spontaneous clapping, and a few “wah wahs” in the aforementioned example. Including more Indian languages and possibly making provisions for translation could only add to the festival’s richness in variety, increase the fluency of discussion and appeal to a wider audience.

Ultimately, the free festival’s broad appeal and unassailably literary core are its strengths. Despite the commercialism of ads between sessions, headline-grabbers and other charges of spectacle levelled against it, the JLF can’t escape the business of books, and the reading of them. If teenage girls from Jaipur have newly minted author crushes on a septuagenarian British Jew, it’s a testament to the transcendent power of language and humour. One hopes too that some of those teenagers wandered into, say, the launch of Ira Pande’s translation of Prabha Khaitan’s Anya Se Ananya. With feminists and female authors as polar as Shobhaa De and Gayatri Chakravorty Spivak on its roster, the JLF hopefully did its bit to break down the spectacular nonsense of some of our national conversations about women.

Over the years, the JLF has also done its bit to inspire similar festivals across South Asia. Compared to the gargantuan Delhi book fairs, these small-town events have a greater scope for attracting new readership. If ferris wheels and mind-reading donkeys are still the mainstay of local melas, may literature too continue to make a spectacle of itself.