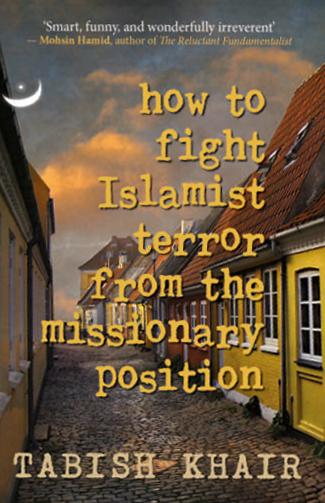 In his third novel, Tabish Khair uses a botched murder attempt that brought media attention to Aarhus, the Danish town where he lives, to spin a fictional, behind-the-scenes account of the event. The attempt – a failed attack in 2010 by a Somali-Muslim man on Danish cartoonist Kurt Westergaard – is thinly disguised and not recounted in full until the end of the slim novel. But from the first sentence, the narrator, a Pakistani Muslim literature professor, drops obvious hints about his story’s conclusion – possibly to blur the line between reality and fiction – while focussing on the things that happened along the way.

The cast includes the narrator, a recent divorcé who considers himself average at everything; his charismatic, handsome roommate Ravi, a PhD student from a rich Indian family; and their landlord and flatmate Karim, a religious Indian Muslim taxi-driver. Ravi’s love interest Lena also plays a large but somehow empty role. At the heart of the narrator’s motivation to tell the tale is a moral dilemma over a decision he makes that doesn’t have far-reaching consequences, but does cast up a few revelations about the characters. But will the reader care enough about these?

The attack itself is anti-climactic and, though the book is a pleasantly readable series of digestible episodes and ruminations, one wonders whether the plot merited more than a short story. Khair’s book reads a bit like a creative writing exercise in which students are told to write a fictional piece inspired by a news headline. Inbuilt into the narrator’s voice is a tedious tendency to foreshadow events ahead, or go back and analyse what has been written. Still, observations about Denmark’s particularly polite brand of racism do provoke thought: “Danes are not xenophobic… Danes worship the heathen idols of comfort and convenience… They mostly do not dislike strangers from far places; they simply find them uncomfortable and inconvenient.”