Part of a longer cover story on Delhi’s theatre scene. 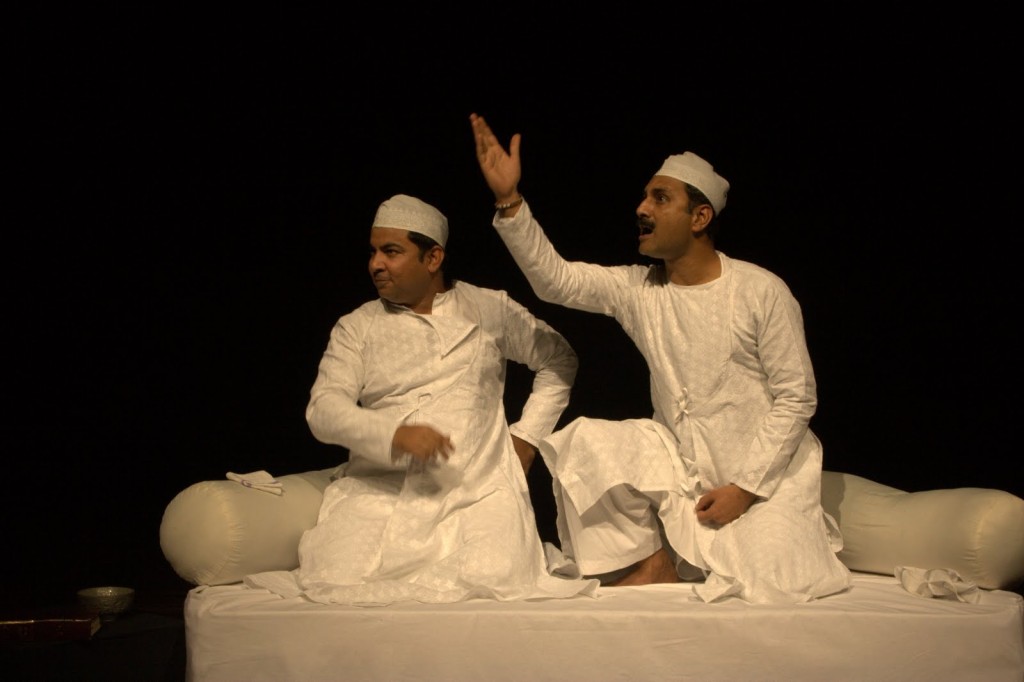 If Delhi’s theatre universe can lay claim to any dramatic form, it’s dastangoi, the almost-forgotten art of narrating epics (dastans). Dastangoi has roots going back several centuries to recitals of the Dastan-e-Amir Hamza, but the form got a second lease on life thanks to Mahmood Farooqui in 2005. Farooqui was researching the Urdu tales of Amir Hamza (uncle of the Prophet Muhammad) when he turned a lecture about the topic into a demonstration – and re-imagining – of the form.

Since that first session at the India International Centre, Farooqui, and his regular performing partner Danish Husain, have become fixtures on the Delhi theatre scene. Both Urdu-speaking and non-Urdu-speaking audiences took to their sessions, but the early performances required some explanation. After all, no one knew exactly what dastangoi was, let alone how a dastango (storyteller) enacted the tale. But with over 130 performances in town and elsewhere, and the maturing of their distinct jugalbandi style, Farooqui said that “the audience is a bit more prepared and trained to understand what we’re doing. It’s become easier over the years.”

The content of the performances has also expanded. Farooqui has adapted the dastangoi format to tell stories about upper caste oppression, the Partition of India and Pakistan and, not too long ago, the sedition charges lodged against Binayak Sen. Farooqui wants to further his efforts to take dastangoi out of formal theatre spaces (he mentioned “performing for auto-rickshawallas”), but he expressed some exasperation at people who ask him whether what he’s doing is “topical”, “relevant”, or “political”. “If we are performing an old story, the ‘Tilism-e Hoshruba’, and captivating a modern audience, how is that not contemporary?” he asked.