As India’s economy grows, reports have indicated alarming drops in the percentage of women in its workforce. From a high of 31 percent more than a decade ago, the number has dropped to about 23 percent in recent years. The reasons for this are myriad and include shifts in agricultural labour, which makes up the largest part of the female workforce; and changing social pressures and mores.

What this means is that women are becoming even less visible in Indian public life. In cities, more women in the workforce means more women in the streets and on public transport, which makes life safer for everyone. In both rural and urban areas, women who work gain social clout within their families, becoming decision makers by virtue of their earning power.

For International Women’s Day, we decided to profile eight women in fields that are typically associated with men. These women are engaged in diverse occupations—from patching 20kg truck tires to building nanosized cell culture models for pharmaceutical testing. Their motivations vary widely, with some responding to practical concerns and other following their passions, but they all have one thing in common: an indomitable resolve to be counted as equal citizens. 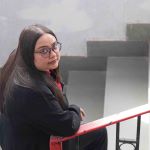 A private detective and head of her own agency, Bhavna Paliwal is intimately familiar with Delhi’s darker side. 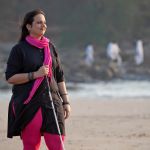 A visually impaired activist, Nidhi Goyal took up the mic to talk about the way people perceive her. 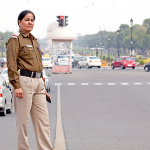 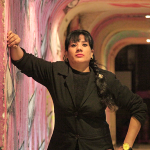 Mehrun-Nisha Shaukat Ali dreamed about becoming a soldier, but ultimately put her brawn to use as a bouncer. 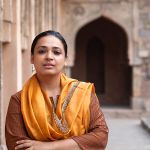 That dhrupad has largely been performed by men doesn’t deter classical vocalist Pelva Naik from her passion. 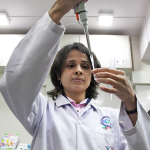 Prajakta Dandekar is on the cutting edge of a technology that could revolutionise the pharmaceutical industry. 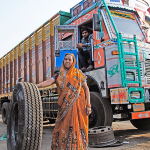 Shanti Devi works alongside her husband in the no woman’s land of Delhi’s largest truck stop. 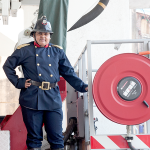 When Shubhangi Yuvraj Mandare is on the scene of disaster, she’s the woman in charge.

This story was commissioned and originally published by the United Nations in India. All photographs by Abhinandita Mathur.