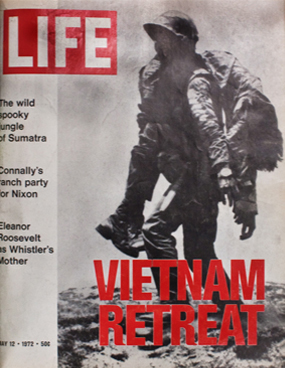 In 1972, after a run of 36 years and more than 1,800 issues, Life magazine published its final weekly copy. The issue was a year-in-review, featuring photo essays on the last lunar landing of the Apollo mission and the approaching end of the Vietnam War. Within the glossy pages, which now appear slightly garish and grainy, were portraits of Elizabeth Taylor and Liza Minnelli, Idi Amin and Richard Nixon. “In part because of Life, we live in an age of pictures,” wrote Time Inc.’s then-editor-in-chief Hedley Donovan. “Magazines all over the world are different because of Life; so is the pictorial make-up of newspapers, the look of advertising, even some of the technique of T.V.”

In the following 30-plus years, Life was revived in various forms — a monthly, a weekly supplement to newspapers — but it never achieved the kind of status it had in its heyday. (Today, Life exists as a website in partnership with Getty Images and back issues are available through a partnership with Google 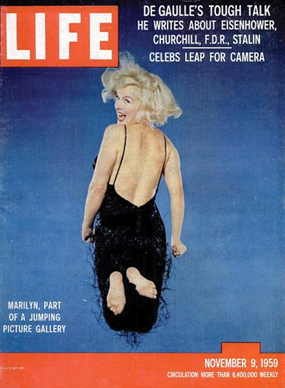 Books.) Yet the magazine remains iconic in the history of photojournalism as a chronicler of war, entertainment and daily life. In the world of print, there is nothing like it today. Nevertheless, photojournalism itself, unlike Life or its less-renowned competitor Look, has not been killed off by TV.

To a certain extent, photojournalism still has a strong presence in print. While National Geographic is possibly the only mass-circulation magazine that still focuses on images, text-centric magazines likeVanity Fair continue to publish occasional photo essays while others, like The New Yorker, have added photography to their pages. MaryAnne Golon, who was Time’s director of photography, recalled, “Time became more photographic with the passing of Life.” And travel and in-flight magazines rely heavily on photographers, although they shy away from the news-breaking or political potential of photojournalism.

Beyond traditional print, however, photojournalism is finding a 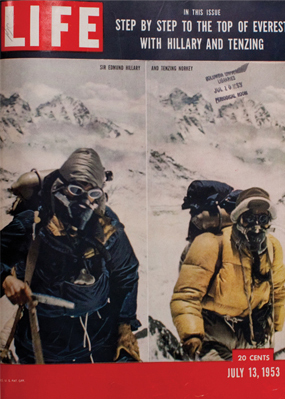 new home — or multiple homes — online. Digital cameras have improved print quality and cell phone cameras have enabled anyone to be a photographer. It’s anybody’s guess, however, whether the fragmented world of online photojournalism can propel photographs from images to icons, as Life did for such classic photos as Alfred Eisenstaedt’s 1945 “Kissing the War Goodbye,” Larry Burrows’ 1965 cover photo of two soldiers in a helicopter, or Philippe Halsman’s images of celebrities captured mid-jump in the 1950s.

Bob Sacha, a photographer who has shot for Life and National Geographic, said that it was once his life’s ambition to work for such mainstream magazines. A few years ago, though, he was at an exhibition about the 1960s, where copies of Life were stacked in a corner. “As I flipped through them, they were pretty similar to what People is today,” he said. “They’ve been mythologized and their role has grown way out of the reality. Of course there was good work, but it wasn’t always great.” 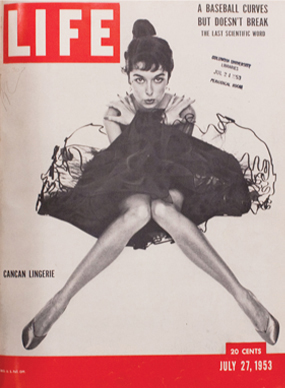 Sacha was an early proponent of the Internet as a platform for photojournalism and was, until recently, on the board of the multimedia production company MediaStorm. He says the doom-and-gloom predictions of media pundits, educators and industry insiders obscure the fact that the still image still holds a lot of power. The challenge, everyone seems to agree, is figuring out how to harness that power online to support photographers and attract more viewers. While the form has changed in essence, photojournalists still strive to fulfill Henry Luce’s mandate for Life: “To see life; to see the world; to eyewitness great events; to watch the faces of the poor and the gestures of the proud.”

Stabs at building a new home for photojournalism are diverse. Newspapers are devoting more space than before to photography. Breakout blogs on major news sites, like The New York Times’ Lens blog andThe Boston Globe’s Big Picture, curate “visual journalism.” There are independent blogs, likeAPhotoADay, and cooperatives and media agencies, like MediaStorm and Talking Eyes Media, Redux andPolaris. There are self-styled online magazines, likeBurn, which is curated by Magnum photographer David Alan Harvey. Besides traditional wire services, there are projects like Demotix, a platform for citizen journalists. And there are individual photographers’ portfolio sites.

This multiplicity of forms means there are more opportunities for young photographers and for different types of projects. Alex Webb, a Magnum photographer based in New York, pointed out that “the individual photographer’s vision does not necessarily coincide with the agenda of magazines, whether in the ’50s and ’60s or later. If one looks back at issues of Life and Look, one is struck by how many uninteresting photographs were published.” Long-form intimate photo essays, such as “the [photographer] W. Eugene Smith stories — the country doctor, the Spanish village — were few and far between,” he said. Online, there is much more space for different types of work.

Along with democratization comes an increased responsibility, however. One challenge these platforms present is that of verification — of the subjects and stories captured in a photograph. The strength of sites like Burn and MediaStorm is their curation of emerging talent. In the case of Demotix, which gives citizen journalists a distribution platform, an editorial process is absolutely necessary. “In every meeting I have, whether it’s with Time or The Wall Street Journal, I always get grilled about verification process,” said Demotix’s Matt Pascarella. 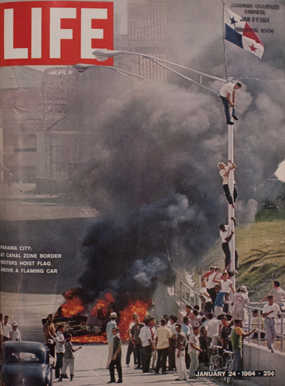 Online platforms also face the challenge of funding. In the good old days, photographers were either staffers or were sent out on commission by publications. In a market that relies increasingly on freelance work, “a successful photographer practically needs to be an M.B.A.,” said Golon. Pascarella added that he didn’t know “what the future of being a full-time journalist” might be. “I think you’ll see journalists as individual brands who do their own P.R., cultivate their own audiences via social networking,” he said. Freelancers’ payment agreements range widely. Citizen stringers at Demotix receive 50 percent of the fee paid by papers.  According to the service, earnings vary greatly and depend on the publication, anywhere from $20 to $500.

Few publications use the traditional models of commissioning, staffing and funding that were in place when Life and Look defined the market. Only National Geographic still has the ability to routinely send top-billed photographers to far-flung locales to produce pages-long visual essays. While Photography Editor 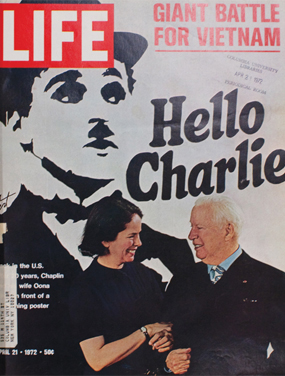 David Griffin would not reveal freelance rates, National Geographic Traveler’s website gives an estimate of $425 per day on assignment. Last November, Newsweek let go of four of its photo department staffers, including the director and deputy director. And with web advertising an unproven revenue source, funding remains a major problem for photojournalism online.

Photographers and online editors have turned to new sources. Said Sacha: “Publications aren’t paying, it’s foundations and corporations.” When Burn ran veteran photographer James Nachtwey’s “Struggle to Live” series on tuberculosis patients, it was funded by a medical-technology company, BD.  Sacha said that while a daily publication might pay $200 a day, a strong foundation or firm might pay $800 to $2,000 per day — but these figures apply only to very established funders and photographers.

One thing seems clear: Projects will be funded increasingly by a 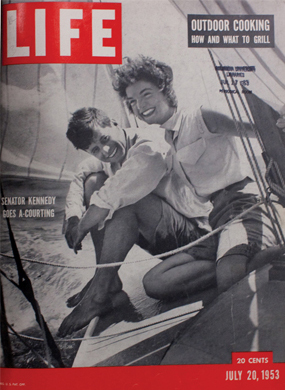 variety of sources. “What they’re doing is bundling things,” Golon said. “A photographer might get some funding from a publication and some from a website and some from a nonpolitical N.G.O. We’re moving from one print source to a network of revenue sources.”

In niche markets, this scenario is not unfamiliar.Aperture, the prestigious photography magazine, was founded as a nonprofit and has remained so for 58 years. Editor-in-chief Melissa Harris believes that for online platforms, trying to establish new for-profit models is naïve. And while she’s positive about the proliferation of photography online, she says she wishes magazines like Life still existed. “I prefer my information to be credible, contextualized and not reductive,” she said. “Many of the photojournalists in magazines are brilliant storytellers, they are not hit-and-run journalists. I have nothing against online, but I don’t think it should replace print.” Aperture covers production costs, but any fees to photographers beyond these vary too much 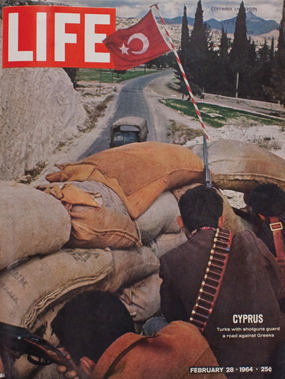 to provide an average. On the whole, freelance photographers are becoming adept at juggling: producing video and text, applying for funding, working on books and so on.

According to Webb, even being a Magnum photographer is not enough. “Most of the photographers I know, whether well-known or unknown, are scrambling, trying to deal with the current ever-shifting photographic landscape. Finding funds to produce serious work is getting more and more difficult all the time.”

Finally, there’s the question of how many people view photographic work online. Harris pointed out that while Aperture has considered expanding its Internet presence, 95 percent of readers said they want the magazine to remain in print, according to a recent online survey. “I know that people collect Aperture — they don’t throw it out,” Harris said. “None of us have really figured out how to be online in a riveting way.”

“What I’m missing is mass circulation,” Golon said. “[National Geographic] is the last bastion of long-form visual journalism — a dying breed in print.” On the other hand, she said, “If you look online, you see long stories that used to be only the purview of photo editors.” In print, the move seems to be toward books or book-like periodicals that are published a few times a year. Pascarella is also the managing editor of Tar, a biannual publication that is more of an art book than a magazine. “Printed objects need to be collectibles of high production value,” he said. “I think that’s the future of print.”

But these are niche publications, expensive to produce and distribute, and available in limited markets and numbers. “Life and Look brought the world into people’s homes, a function that has increasingly been taken over by television,” Webb said. “In this sense, a still photographer seemed to play a major and essential role in the media of those days. Since then, the still photograph seems to have become more peripheral to the public at large.”

In the 1940s, Life routinely urged its readers to invest in war bonds. It also published Henry Luce’s “The American Century,” an essay on the U.S.A.’s need to enter World War II. It’s hard to imagine any online platform — let alone one based on photojournalism — that would presume to have such political clout today. Thirty years from now, any definition of our current time derived from a visual record will be far more fragmented than the way we view our monolithic past today.

Still, things could change quickly. It is “a tremendous transitional period,” said Golon. “It’s like, you break down the old house and everyone’s wondering, ‘Where are we going to live?’ But whoever figures out how to build the new house is going to make a billion.”