An interview with Alia Syed ♦ 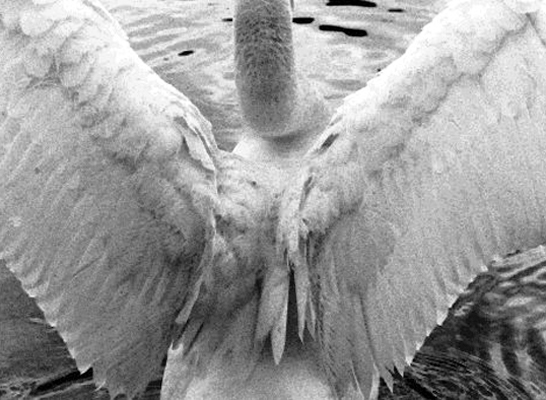 Experimental filmmaker Alia Syed was born in Swansea, Wales, to Indian and Welsh parents. Over the last thirteen years, Syed’s films have discussed diaspora, subjectivity and narrative, creating mesmerizing visual experiences. From the 24th of December to the 31st of March, Delhi’s Talwar Gallery held Syed’s first solo show in India, Elision. Recently, the Museo Nacional Centro de Arte Reina Sofía, Madrid, screened Eating Grass (2003) – a film ‘inspired’ by Pakistani former president Zulfikar Ali Bhutto’s 1974 promise to Pakistanis that they would have weapons of mass destruction to rival India’s, even if they had to eat grass to fund them. Syed weaves political and historical references into her work, but she also captures the process of filmmaking itself. Sonal Shah gets into a Q and A with the London-based Syed.

Sonal Shah: You are an artist and a filmmaker. Do you see ‘film as art’?

Alia Syed: Art is not medium-specific. I don’t classify ‘film as art’ any more than I do painting or sculpture. Film has been part of human consciousness since the late 19th century and it is part and parcel of Modernist thought, influencing the way we think of time, perception and notions of the real. Man Ray made his first film Le Retour à la Raison (Return to Reason) in 1923 and artists have been experimenting with notions of the moving image ever since.

S. S.: Have there been any specific influences on your work?

A. S.: I remember being very influenced by a film by the Taviani brothers, Kaos, which encompasses four separate tales of Sicilian life. It opens in the Sicilian hills with a group of shepherds who find a male crow on a nest full of eggs. At first, they want to kill him, but then one shepherd ties a bell around the bird’s neck and sets him free. Each folk story is linked by the image of this large black ungainly bird flying and the incessant sound of a bell. I also like Italo Calvino and Salman Rushdie.

S. S.: You’ve mentioned that you write stories and poems as well.

A. S.: I do not see this as a separate activity; it is very much part of my overall process.

S. S.: Broadly speaking, your films fall into two categories. Swan (1989) and Priya (2008) are abstract pieces that contain a fixed subject, repetition and a build-up towards a visual crescendo. Other works such as A Story Told (2006) and Eating Grass (2003) are more narrative. How do these different types of works relate to each other?

A. S.: We tend to think of narrative as linear, but how it affects our inner emotional landscapes does not always conform to a rational sequence. I am affected by the world in many different ways – sometimes all that is left is to stand still and observe. For me (the two modes of observation) are different aspects of how we exist in the world.

S. S.: Your films also incorporate the process of filmmaking – through the use of heightened colour effects or the inclusion of “rough cut” editing in the final works, for instance. In Priya, you treated the film like an object by burying it. Would you call this a stylistic approach?

A. S.: Style is not something that interests me. My interest lies in showing how our gaze is infinitely complex. I am concerned with notions of rupture: how to arrest the gaze, how to hold the gaze so that it becomes a meditation, a reflection. The original shot that lay before me was problematic; it was too easily consumed. I wanted to draw attention to the layers I felt lay within it. For a long time I didn’t really know how to deal with it. In between this, I made other work. I became interested in notions of the “trace” and decided to bury the film and deal with what was left.

S. S.: You’ve mentioned elsewhere that Priya is a bit like a diary…

A. S.: All the vegetable matter left over from cooking went into the compost bin, so all our household waste has left marks on the surface of the film. I was very aware of seasonal changes. I planted a walnut tree in my garden and, in the late autumn, walnut juice (which behaves like a black dye) was the main component of the bin.

S. S.: Your work has been screened in both 16mm and digital formats. How much hinges on the way a gallery screens your films?

A. S.: When you show a film in a gallery, the work extends beyond the actual film. The space of projection impinges on the work. This is also true of the cinema space – there are no two cinemas with exactly the same sonic conditions. There are even more variables within the gallery. This interests me: how the work takes on other meanings; how the space enforces external geographical edits. Modern technology does offer more ways of intervention. However, the filmic image is formed very differently to the digital image and I think it has its own specificity. Whenever possible, I do prefer to show my work as 16mm projections.

S. S.: Your solo Elision was titled after a term used in film editing. Why?

A. S.: The Latin root of the word is “elidere” which means “to crush out” – this is quite literally what was done to the image in Priya. The emulsion has been crushed in the ground, forced to decay. I like the term; obviously, it describes many of the processes inherent in filmmaking and also the processes that are integral to creative thought. We begin with a certain notion, certain aspects of which are then discarded. Sentences, phrases and notes are juxtaposed to create meanings and tensions. But the contemporary world seems to hinge on elisions or omissions that maintain particular fictions. These fictions are political: they are very much about increasing control whilst creating the illusion of increased freedom.

S. S.: As a ‘diaspora artist’ your work is often seen to refer to cultural synchrony, identity and belonging. To what extent do you agree with this classification?

A. S.: I think the notion of synchrony is interesting in musical terms. It means that one has to be in time, in sync. Cultural synchrony becomes a very controlling notion – the idea of keeping in step. Time is something that is very intrinsic to filmmaking: how to pace things, when to come back, when all of the layers and associations have been exhausted.

The reality of the post-industrial era is that diaspora is made up of successive waves of migration. Narrative needs to be rethought along these new realities. It is very comforting to be able to see your own personal narrative extend before you both in terms of lineage and personal progression. We are brought up to believe that this is good, but in fact this is rarely the case. To be still is also to hold power. Ironically, it is also easier to exert control and meaning onto something that is still.

S. S.: Your third film, Swan, and your latest one, Priya, share formal similarities in their capturing of a relatively fixed subject in motion. Yet the raw, black-and-white simplicity of Swan is a sharp contrast to the riot of colours and textures in Priya. How has your work changed over time?

A. S.: When I made Swan I also made a film called Unfolding (1987), which is set in a public launderette. It is a document not only of the women who used the launderette but also of my feelings about making the film, as an outsider from a very different background. What happens throughout the piece is an analysis of language, storytelling and the politics of representation. I don’t think my concerns have changed that much. I am interested in how we represent the world through film.

S. S.: Are you working on a new project?

A. S.: I am working on a number of things – all of which have to do with notions of performance, endurance and the roles we play within the family unit.

S. S.: Speaking of family, aspects of your South Asian background are obvious in your work. Does your Welsh heritage also figure?

A. S.: I do not think you can delineate the two so sharply, as families create their own micro-culture. Oral history played an important part in my family life. Storytelling is very much part of my practice and I have inherited this concern from both my parents. My current project deals with four generations of women in my family: me, my daughter, my mother and grandmother. I use two central metaphors to investigate memory and tradition. One is the wallpaper my grandmother made and the other is the bike ride my great-grandmother used to take – travelling from a small Welsh mining village every weekend to her place of work in Neath. The journey as the crow flies is 24 miles. I intend to reenact this ride with my mother and daughter.