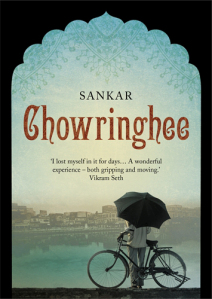 Nearly 15 years had passed since Arunava Sinha translated Chowringhee at the request of the Bengali classic’s author, Sankar. Back then, in 1992, Sinha was embarking on his professional career and considered his bridge translation (an English draft for a French edition) a one-time diversion. By 2006, he was living in Delhi, managing web products for Ibibo, when he received a call from Diya Kar Hazra, then an editor at Penguin.

Hazra, interested in commissioning an English Chowringhee, had been told that it was already translated. She puzzled out that Sinha was responsible for the manuscript. Penguin published the book, which went on to win the 2007 Vodafone-Crossword Award for translation. “Even then,” Sinha told Time Out, “I hadn’t thought about doing another one.  But the book was received with a lot of excitement…” Eleven translations with seven different publishers later, Sinha’s hobby is threatening to take over his day job – as head of IBNlive.com and cricketnext. com – and his life.

This summer, Sinha had two translations published: Buddhadeva Bose’s 1949 family saga When the Time is Right and Nabarun Bhattacharya’s cult contemporary classic Harbart. Bose’s tender domestic family drama could not be more different from Bhattacharya’s hallucinatory novella, and it’s a testament to Sinha’s versatility that he’s captured the grace of Bose’s prose and the grotesqueness of Bhattacharya’s fever dream. In the past couple of years, Sinha has also managed to interpret the nuances of other voices, whether translating the wry irony in Banaphool’s short stories, the ups and downs of sport in Moti Nandy’s Striker and Stopper, or the thrills of adultery in Dibyendu Palit’s Illicit. He also translates short stories on the side, putting them up on his website as “a form of riyaz”.

Publishers can’t get enough of his translations, and perhaps part of the reason for the number of titles is that his contracts have tended to come out of informal conversations, even Facebook posts. Another factor is the growing interest in regional literature. Sinha thinks Bengali lit has led the pack because many senior editors are Bengali. Whatever the reason, he’s glad. “The quality of fiction there is far superior to the quality that Indian writers in English produce,” he said. “It’s not possible for Indian writing in English to be so good right awayBengali writers have been sitting on top of a long tradition of writing – that’s how they got better.” If India is ever to have a “national” literature, Sinha believes it will be in English. “You cannot have a national literature which is only read by a portion of a country’s population,” he said. “The one common language in India, like it or not, is English.

However, Sinha also thinks the English language itself will benefit from new translations. “There are expressions from specific languages” that can enrich English, he pointed out, “capturing emotions and ideas that don’t exist.” As an example, he mentioned the Bangla and Hindi “man”, “a continuum between the heart and the mind. It’s a percentage of heart and a percentage of mind, adding up to hundred. But the point is that that continuum can be anywhere depending on the context. So when translating you find yourself using ‘mind’ when it’s more mind than heart and using ‘heart’ when its more heart than mind. But you can never capture that it’s actually a mixture of the two.” Sinha is refreshingly grounded for someone so deeply immersed in language and publishing. He’d love to let questions of the heart and mind take up all his time, but believes it is impractical given publishing standards, which award a translator about 2.5 per cent royalties. “You don’t do it for the money,” Sinha said, noting that being able to translate in his spare time “has probably helped me avert a midlife crisis.” He also has no desire to write fiction himself.  “You have to ideally get to the point where you can no longer write anything on your own,” he insists, “I think that’s the ideal definition of a translator.” Still, we get the sense that Sinha’s only going to get more and more sucked in to his “second innings” as he called it. “What I need is a patron,” he laughed. “I have this wild idea. I want to put together a trust contributed to by rich Bengalis.”

Even on his own, Sinha has had the tenacity to make a difference to the field. Though he claims to be terrified of translation theory, his uninhibited intelligence and enthusiasm is a welcome change from the wooden, homogenising translations that have stifled English editions for decades. Two more translations will appear this year: Seventeen short stories by Anita Agnihotri, and Samaresh Basu’s Mahakaler Rather Ghoda (Fever), a “staccato, deceptively simple” tale told by an Adivasi Naxalite in the 1960s. Several books are in the pipeline. Any impression that he’s churning them out is negated by the attention he lavishes on each project. “I always feel that translating is the closest reading that you can give,” Sinha said. “It’s like walking a road instead of merely seeing the map. You actually encounter every gravel, every pebble, every crack in the pavement, every smooth stretch.”