Manil Suri on writing the third of his mythological novels ♦

Math professor and writer Manil Suri grew up in Bombay, but has lived in the USA since attending college there in the 1980s. Suri revisited his home city in his first novel, Death of Vishnu, which was long-listed for a Booker in 2001. His next book took up the theme of Shiva, and the third and last of this mythological trilogy, The City of Devi, revolves around an apocalyptic Mumbai of the near future, in which the city’s patron goddess enjoys a cultish following. Suri spoke to Sonal Shah about the novel.

The book revolves around a love triangle formed by Sarita, her husband Karun, and his ex-boyfriend Jaz, but only two of them narrate the story. Was Karun ever a voice in the book too?
I never had him as a narrator; I always thought that two people would be talking about this third person, who you never really see. You can’t really record what he’s thinking that easily on the page so that was kind of challenging. It works well because he is supposed to be sort of inscrutable –it’s only towards the end that you sort of understand what is in his mind.

After finishing the book, I felt a sense of relief that the world isn’t quite as embroiled in conflict as in The City of Devi. Do you feel the world is as close to the brink as in the novel?
The possibility that something like this could happen is very small, because there are many safeguards. The reason that things go so far is that India and Pakistan, they’re at this pre-nuclear stage – they had reached that in 2002, where embassies were evacuating their people from India. But the US and the UN stepped in and brokered a peace agreement, so things calmed down. Here you don’t have that safeguard because the West is involved in its own problems – cyber attacks and so on. This is definitely on the edges of the possible. But even improbable events, they do occur. We are in a kind of vulnerable position because Pakistan is – it’s not clear what’s going to happen there… the political system is unravelling and they have nuclear weapons, so it’s a little scary.

Though your book is set in a semi-imaginary time, I suppose it’s difficult to strike a note of authenticity when you’re writing about recognisable scenes and people, especially if you’re at a distance from them.
One thing that helps is that I do come back pretty often – three times a year for a while and now once or twice a year. All the places that are in that journey by train [in the book], I actually walked most of it myself to see what things were there… even little things, like there’s some sculpture made out of gloves in Bandra, and that’s actually there. There’s a scene where the train goes off the tracks, and I kind of scouted that like shooting a film, looking at locations. 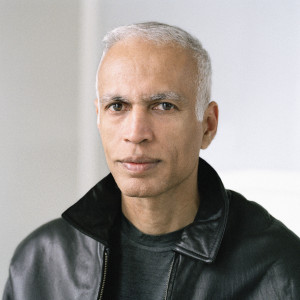 Sexual relationships – and their ups and downs – drive much of the book’s plot. Why did you decide to use sex to shape your narrative arc?
One of the things you want to be sure of is that any sex is not gratuitous. Here you keep learning more about the characters in terms of what’s happening between them. India always has this strange relationship with sex – obviously people have a lot of sex but they’re a little reticent to talk about it. In my two previous books as well, I’ve kind of tried to write about it, and it’s very easy to go overboard. I think I’m always a little careful, and it takes me a long time to do it. But especially in this book, once I had the character of Jaz, this had to be a very honest book in terms of his sexuality. And there’s this final [sex] scene at the end – that took some time to figure out. Once I thought of it, it made perfect sense. The structure came slowly, but once I saw it, I had a goal.

Half the book is the voice of this gay Indian Muslim character, who is also an outsider in other ways. What inspired him?
Originally Jaz was an American – part of this book actually occurred in the US and Jaz was not a particularly fun-loving guy. He didn’t have this irreverent tone to his voice. Then I thought this wasn’t working, so let me make him an Indian. Then, it seemed to make sense – how about someone who is really quite globalised, almost a symbol of globalisation. He’s travelled all over the world, so he has this very multi-faceted personality. Once I had that, then suddenly the voice came. This guy is really out there, he’s completely uninhibited when it comes to sex. Jaz in some sense is an agent of change. India has been interacting more and more with the rest of the world, so this is kind of the frontier that it’s crossing. Incidentally, I just bought an issue of Time Out Mumbai – the gay issue which is on stands right now – it’s amazing to see how far the country, or at least Bombay, has come.

What’s next after this trilogy?
I’m working on something that’s going to draw on both mathematics and fiction, sort of a math novel. I know it’s going to have an ebook format, and also might have some video in it. I’m making sketches for the videos and hopefully will have a professional animator.