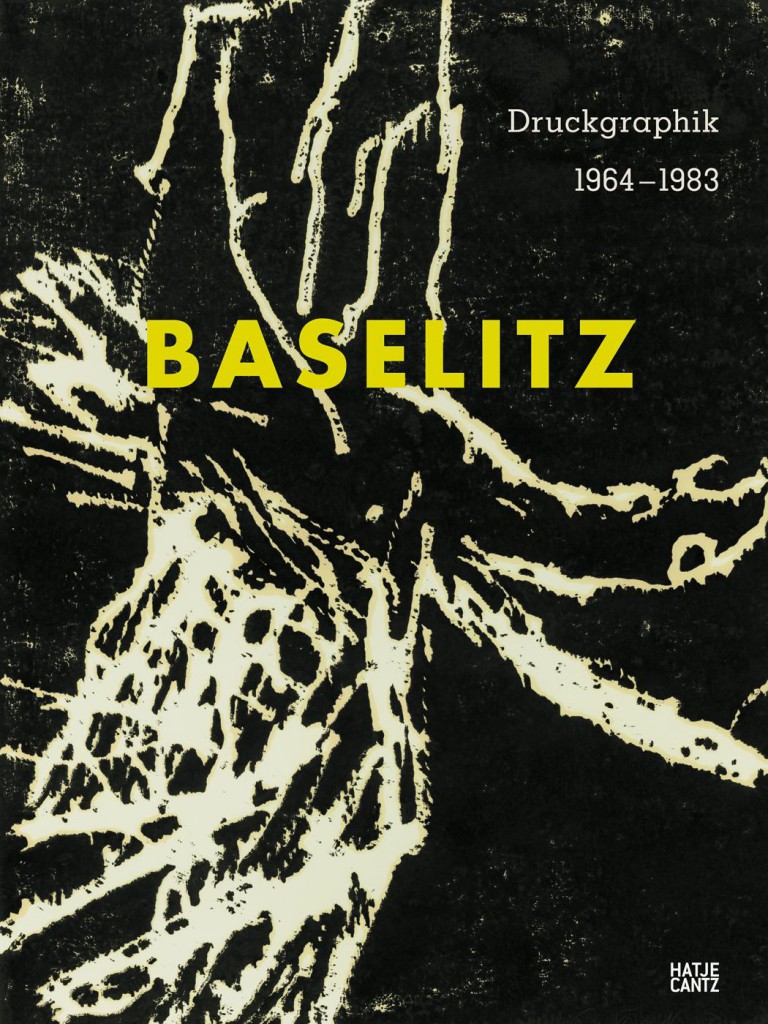 Probably one of the most important artists living today, Georg Baselitz still evokes some criticism among his contemporaries. He is best-known for his inverted subjects: figures, animals, landscapes turned upside down. While this may seem a simple contrivance, a retrospective exhibition of Baselitz’s printed works – Georg Baselitz: Printed Works 1965–1992 – at the Lalit Kala Akademi provides the opportunity to delve into the artist’s complex oeuvre. With inverted nudes as well as more recent works, which impose artificial grids and arbitrary blocks of colour across the surface, the exhibition – organised by the Institut für Auslandsbeziehungen e.V. – is a comprehensive experience of Baselitz’s corpus, as well as a challenge for the viewer.

Born Hans-Georg Kern in the town of Deutschbaselitz (from which he derives his pseudonym), just before World War II, Baselitz’s early years promised a rebellious career. He even got himself expelled from art school for “socio-political immaturity”. But even from his earlier engravings, it is clear that Baselitz is adept at his craft, though perhaps lacking a trained virtuosity. In these expressionist drawings – “Rebel”, “Blocked Man” – he tends towards the grotesque, not with the intention to shock, but rather because he seems to have no patience for studied harmony at the expense of stemming the raw power of paint.

Baselitz once wrote in a catalogue, “Things always do go back to…the harmonious and the disharmonious. And there is the condition between the two where they meet. Here things mesh and are balanced, which, with my paintings and drawing, I don’t like, probably because I can never achieve it. And so I tend to take disharmony as my principle: it gives me better results.”

The biggest step Baselitz took towards freeing his subjects from the confines of conventional aesthetics – towards bringing the painting itself to life – was to paint things upside down. This has the effect of drawing attention to the form of reality, and of freeing subjects from their forms.

Baselitz’s paintings are unsettling, even repellent. The catalogue for the exhibition begins with a quote by Bonnard: “It is not about painting life, but about making painting come alive.” Baselitz responds to this with, “Reality IS the picture, it is definitely not IN the picture.” Some of his most successful works combine large etchings, woodcut prints and finger-painting to create bold brushstrokes that suggest wings and feathers.

Baselitz’s series of birds, in fact, particularly demonstrates the strength of his upside-down technique. “Untitled, 1974” (exhibit 14) looks at first glance like an abstract mountain or just a composition of negative and positive space. As the brain tries to make sense of the image, it starts to look like a bird falling out of the sky, suggesting agony, confusion and death. Imagine the painting upside down, and it gives the startling impression of an eagle soaring through a blue sky.

Another painting (“Untitled, 1974”; exhibit 16) suggests danger with its heavy black brushstrokes crisscrossing the blue background in a skull-like form. Yet, there is an attractive internal organisation in the painting that compels you to look again. The image of a bird in a nest, which stereotypically suggests security and comfort, appears inverted – provoking contradictory emotions.

The works can make you realise the controlling nature of the brain; when one has seen the motif in a painting – the conventionally “right” way to see it – the eyes obstinately refuse to let go of that image. The conditioned mind clings tenaciously to the bird and has difficulty going back to the more innocent experience of the form of the painting. Baselitz claims that his use of motifs is unimportant and his later works obscure any recognisable subject even further, focusing on the painterly aspects of each piece. There is harmony here – but it is a harmony that is less concerned with aesthetic balance within a frame and more with a balance of emotions and ethics.

Baselitz has written, “When I start my paintings I begin by forming things as though I were the first to do this, the only one, as though there weren’t all these predecessors – although I know that there are thousands of examples to speak against me. You always have to do something that is valid and final.”