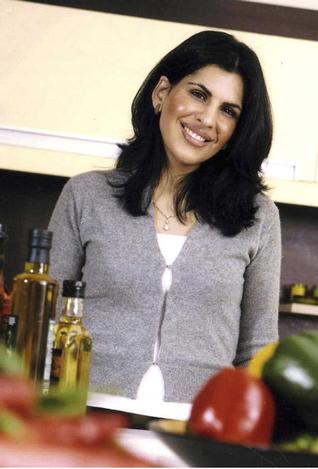 Anjum Anand served a station full of beefy British fire-fighters naan and lamb curry – cooked by one of their fellows – in the last season of her debut cooking show Indian Food Made Easy. However, the meal was not as heavy as the usual lunch the fire-fighters consume. “Light” Indian food is London-based author and chef Anand’s forte. Before publishing her first cookbook Indian Every Day (2003), she worked in hotels in New York, Los Angeles and New Delhi, but wanted to focus on “stylish food that is simple enough to cook at home”. The first season of Indian Food…taught kitchen-phobes how to make “easy” dishes. The second season follows the same format, but focuses on regional food. Anand shares some insights before her show airs this fortnight.

How is this second season different from the first?
The premise is that we find hubs of Indian communities in Great Britain. Each episode focuses on one community and its food. It is a great way of imparting information about the regions of India, their history or culture…

What new information would an Indian audience find in the series?
The food is what pulls in the audiences and it is both traditional and contemporary. In one show I had to feed a team of rugby players with Gujarati food. I wanted to keep the show vegetarian, but these big-built rugby players associated Indian food with lamb or chicken curry. I ended up teaching them a lamb curry inspired by Gujaratis who have started to eat meat. I used typical Gujarati cooking styles like adding gram flour and fenugreek dumplings (muthiyas).

What are your impressions of India’s food industry?
It has, until recently, been dominated by a handful of cooks who were cooking Indian food in the same way it has been prepared for decades. That is all changing. Younger people are bringing in their creativity and their enthusiasm for foreign cuisines. Indians have always loved food and are now able to eat from almost any country in the world. It is a really exciting time.

Any negative impressions?
I see a move away from home cooking to buying in your food or eating out. I do think this is a little sad as home food is often healthier. Also, this is the first step to losing some of the cookery knowledge that passes down from one generation to the next. I met a Kashmiri recently who told me that many of their dishes were disappearing from kitchen repertoires as girls were not interested in cooking. He was concerned about who will teach them [those dishes] to the next generation. I feel the same way.

People call you the Indian Nigella Lawson. Are you flattered by that?
I take it all with a big pinch of salt. I am very flattered to be called the Nigella of Indian cuisine as she is fantastic at what she does – but in truth our styles of cooking and presenting are very different and I can only dream of having her kind of success.