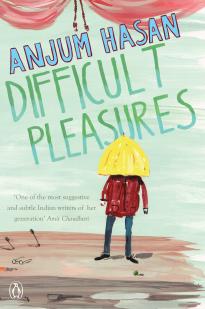 Tortured as some of them are, it’s a pleasure to slip inside the minds of the characters of Anjum Hasan’s fourth book. In this collection of 13 perfect short stories, Hasan picks moments out of ordinary lives set in Bangalore, Shillong (where she grew up) and farther afield.

Wherever she takes us, Hasan draws a clear yet nuanced picture of place. About Goa, she writes of the “faraway roar and retreat of the waves, the clear-cut conversations… the ecstatic smell of garlic frying in butter, and the great blue-and-white globe of sand, sky and sea in which all of this is sealed to prevent anything like unhappiness from leaking in.”

Hasan has the rare ability to provoke a feeling of déjà vu about a place. The universality of her characters’ landscapes are even more impressive. Hasan excels at walking the thin line between a person’s specific thoughts and the common nature of half-formed thoughts in general. This is especially true of the stories with child protagonists, like “Hanging On like Death”, which captures the distress of the loveable Neel, who wants nothing more than for his father to see him acting in his school play.

Hasan’s older characters teeter between life’s inherent loneliness and the intimacy of family and friends. In “Immanuel Kant in Shillong”, a professor’s grief over his dead wife mixes with his complicated feelings about his work and students. It’s an ambitious, stand-out story that touches on the nature of modernity, violence and right and wrong.

Perhaps the best aspect of these stories is their restraint. Hasan is a master of pacing and plot; often the narrative seems headed for disaster but she’ll write in an unpredictable, yet true-to- life route. Difficult Pleasures is a reminder of what classic short stories are supposed to look like, and that the most eloquent authors let their characters do the talking.