The case for Paharganj ♦ 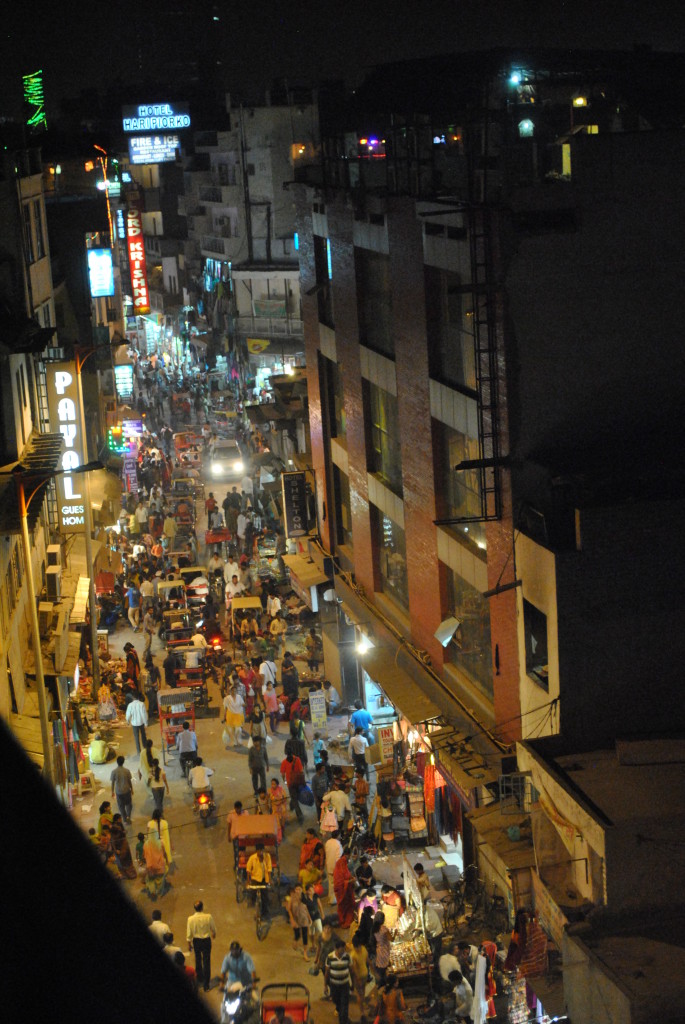 For years, there’s been no stemming the southbound, outward drift of Delhi nightlife. The mega-clubs of Noida and Gurgaon first lured revelers away from the city with the promise of police raid-free parties. Then South Delhi got its own malls, complete with rooftop clubs: extravagant light-and-sound beacons of the lush life, outdoor dance terraces, imported ingredients and, inevitably, the popped-collar crowd.

The emergence of Hauz Khas Village as a nightlife destination was welcome. It’s not difficult to see how, in its contr­ast to the ostentation of other options, that neigh­bourhood acquired its alternative tag. But take out the new restaurants and music venues, and there are still a few core reasons – walk-ability, scale, safety, expat patronage – why HKV’s popularity was almost predestined.

But enough has been said about that urban village (not least of all by Time Out). It’s time to move on. In the past few weeks, we’ve heard murmurings about two other historic Delhi areas that make us want to start casting predictions about where the next scene will pop up. A couple of Dilliwalas (including original HKV restaurateur Ritu Dalmia) have recently touted Daryaganj as the next big thing. The neighbourhood bridging central and old Delhi certainly has the charm of other old world cities that have transformed into trendy destinations. The tea shop Aap Ki Pasand predates Elma’s by years, Moti Mahal has long been a low-key dining option, there’s art-deco elegance hidden in the bylanes, and the sexologist signboards on BSZ Road achieve kitsch more effortlessly than anything in HKV. The boutiques and cafés will surely come.

However, our money’s on the imminent gentrification of Paharganj. Most Dilliwalas treat a trip to that locale as a foreign journey, and it’s true that Paharganj is culturally a satellite state of India’s hippie trail nation. But that’s changing. First, one of the city’s most conveniently-located Metro stops deposits riders right into the market. Then, anticipating a demand for hotels during the Commonwealth Games, the city spent a couple of crores sprucing up Paharganj’s lanes. There are still open sewers and rubble, but besides kamikaze rickshaws, Paharganj is easily navigable and safe for women, buzzing with people until well after midnight.

And then there’s the foreigner quotient. They may be backpackers, not expats, but this international population gives Paharganj a cosmopolitan character. The budget tourists keep the area affordable, with business owners catering to a crowd that appreciates value-for-money rather than showy spending.

Paharganj already has more 24 hour joints in less space than any other Delhi neighbourhood. It’s just a matter of time before a game-changing venue will open: a restaurant that ditches the usual multicuisine mish-mash, perhaps, or a live music café. In the past few months, we’ve noticed several new places, including a Mediterranean hookah bar and a coffee shop promising Italian espresso across the street from each other. Connaught Place’s Outer Circle has a number of new bars too (including live music lounge Sura Vie), which could make rickshaw-enabled pub crawls a viable option.

Then there are the old establishments, like Ajay Guest House’s café, which recently rebranded itself as hip, organic Brown Bread Bakery. We were recently enchant­ed by the green rooftop at Fire and Ice, especially its view of the romantic domes of the sadly decrepit Qazi Wali Masjid from between its vine-covered trellises. At Dokebi Nara, the Korean den that’s been fermenting cabbage in its hallway for eight years, we eavesdropped as a table of Bengali intellectuals downed pints and smoked their way through packets of Gold Flakes. “Have you seen Ritu Dalmia’s new book?” one asked another, “the launch party was last night.” Listen up, restaurateurs and scenesters: Paharganj is calling.